WASHINGTON, D.C. — Recent polling underscores yet again the broad popularity of legislation to lower health care and prescription drug costs for American families – a top priority for President Biden. For far too long, Big Pharma CEOs have charged unreasonably high prices for lifesaving drugs, taking advantage of patients while raking in massive profits for themselves. The emerging reconciliation bill would be a victory for working families over Big Pharma and their allies in Congress, and would allow patients to access the lifesaving medications they need at prices they can afford. Congress must act to pass this legislation and send it to President Biden’s desk. 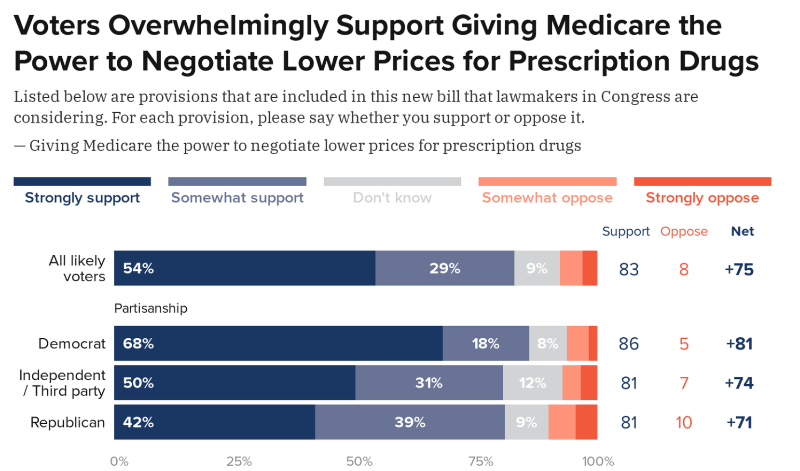