WATCH: PRESIDENT BIDEN CALLS OUT REPUBLICANS IN CONGRESS FOR NOT HAVING A PLAN TO LOWER COSTS

WATCH: PRESIDENT BIDEN CALLS OUT REPUBLICANS IN CONGRESS FOR NOT HAVING A PLAN TO LOWER COSTS

WASHINGTON, D.C. — As he made clear in his remarks today, President Biden’s top priority is tackling inflation and lowering costs for American families. He’s fighting for his plan to cut the cost of living – a plan fully paid for by ensuring that big corporations and the ultra wealthy pay their fair share in taxes. The contrast with the extreme MAGA agenda of Republicans in Congress could not be more clear; while President Biden is laser-focused on cutting costs for working families, Congressional Republicans have no plan to address inflation and have instead focused their efforts on supporting extreme proposals that would raise taxes on most Americans and sunset Social Security and Medicare.

Watch President Biden contrast the MAGA agenda with his plan to cut costs: 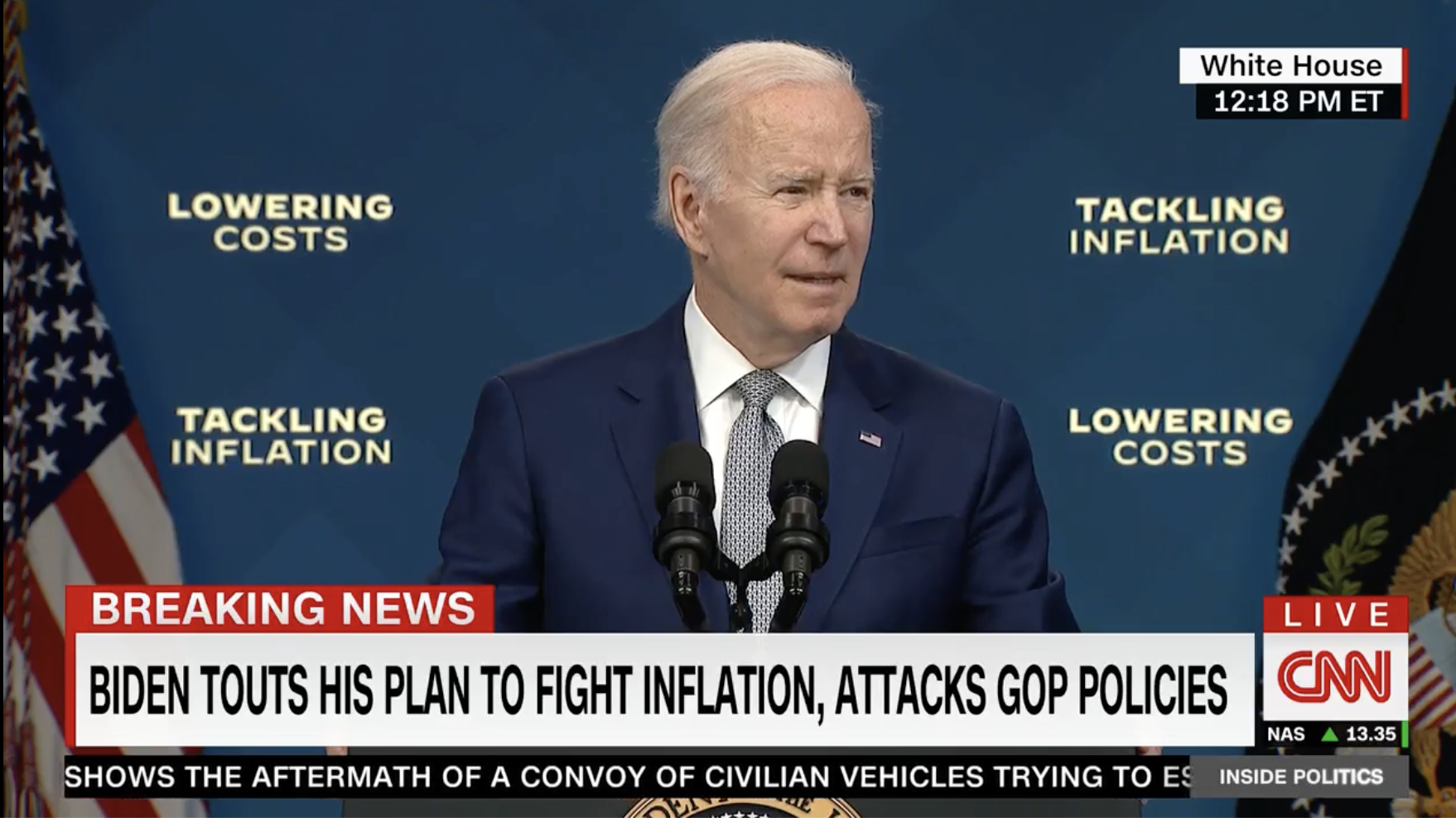 President Biden: “The other path is the ultra-MAGA plan put forward by Congressional Republicans to raise taxes on working families, lower the income of American workers, threaten sacred programs Americans count on like Social Security, Medicare, and Medicaid, and give break after break to big corporations and billionaires — just like they did the last time they were in power.”