WASHINGTON, D.C. — After a thorough and rigorous process, President Biden has announced his nomination of Judge Ketanji Brown Jackson to serve on the Supreme Court of the United States. Building Back Together, Black Women’s Leadership Collective and She Will Rise are jointly launching a $1 million TV, digital, and radio ad campaign to highlight her deep experience, strong qualifications, and inspiring personal story. The ads also highlight that, when confirmed, Judge Jackson will be the first Black woman to serve as a Supreme Court Justice.

The ads, entitled “Qualified” and “Exceptional,” underscore that Judge Jackson is deeply qualified and will serve “as a Supreme Court justice for all of us.” They highlight her personal background and extensive legal experience including standing up for civil rights as a public defender, her service on the U.S. Sentencing Commission, and her work on the federal bench, to which she has been confirmed three times with bipartisan support by the U.S. Senate. 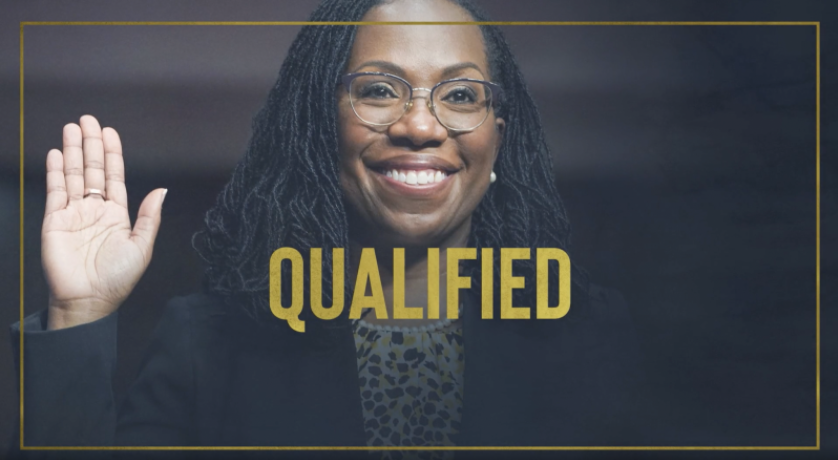 “Building Back Together is excited to partner with Black Women’s Leadership Collective and She Will Rise to support the historic nomination of the eminently qualified, principled, and exceptional Judge Ketanji Brown Jackson,” said Building Back Together Executive Director Danielle Melfi. “Judge Jackson will be a Justice for all Americans who understands the impact the Court’s work has on our families. We are wasting no time to communicate to Americans about this historic nomination in communities across the country, and look forward to ensuring her confirmation to serve on the Court.”

“The Black Women’s Leadership Collective is thrilled to join She Will Rise and Building BackTogether to support Judge Ketanji Brown Jackson’s historic nomination to the U.S. Supreme Court and lift up her inspirational life story and brilliant legal career. We are confident that Americans will agree she should be swiftly confirmed to the Court. Growing up in a family of educators, law enforcement and military service, rooted in her faith, and commitment to the rule of law, Judge Jackson will bring both a diversity of lived experience and expertise to the Court as it takes a giant leap toward full representation of all of America.”

“We commend President Biden on what must have been a difficult choice to make among the eminently qualified  Black women that were considered in this process,” said She Will Rise Co-Founder Kim Tignor. “Judge Ketanji Brown Jackson’s superb professional background will bring diversity in perspective and renew the public’s faith in the Court. We are ecstatic about the nomination of Judge Jackson and stand ready to support this historic moment. We now turn to the Senate for a respectful and timely confirmation process.”

The ads will run in Washington D.C., in addition to key markets such as Atlanta, Georgia, Philadelphia, Pennsylvania, and Milwaukee, Wisconsin. The ads will also run in national and local Black-owned outlets and publications, and radio ads will target Black-owned stations and programming.

Building Back Together continues to work with Black women-led, judicial, civil rights, and other organizations to ensure President Biden’s nominee is confirmed by the Senate to the Supreme Court. This latest joint investment builds off more than $25 million in spending by Building BackTogether to date to build support for President Biden’s agenda.