WASHINGTON, D.C. — Building Back Together is launching a new TV and digital ad campaign in the wake of the Supreme Court’s disastrous ruling overruling Roe v. Wade. The ad, “An Assault on Freedom,” highlights President Biden and Vice President Harris’ commitment to defend access to abortion – and calls for Americans to come together and fight back against the extreme MAGA agenda seeking to ban abortion nationwide.

Watch “An Assault on Freedom” Here 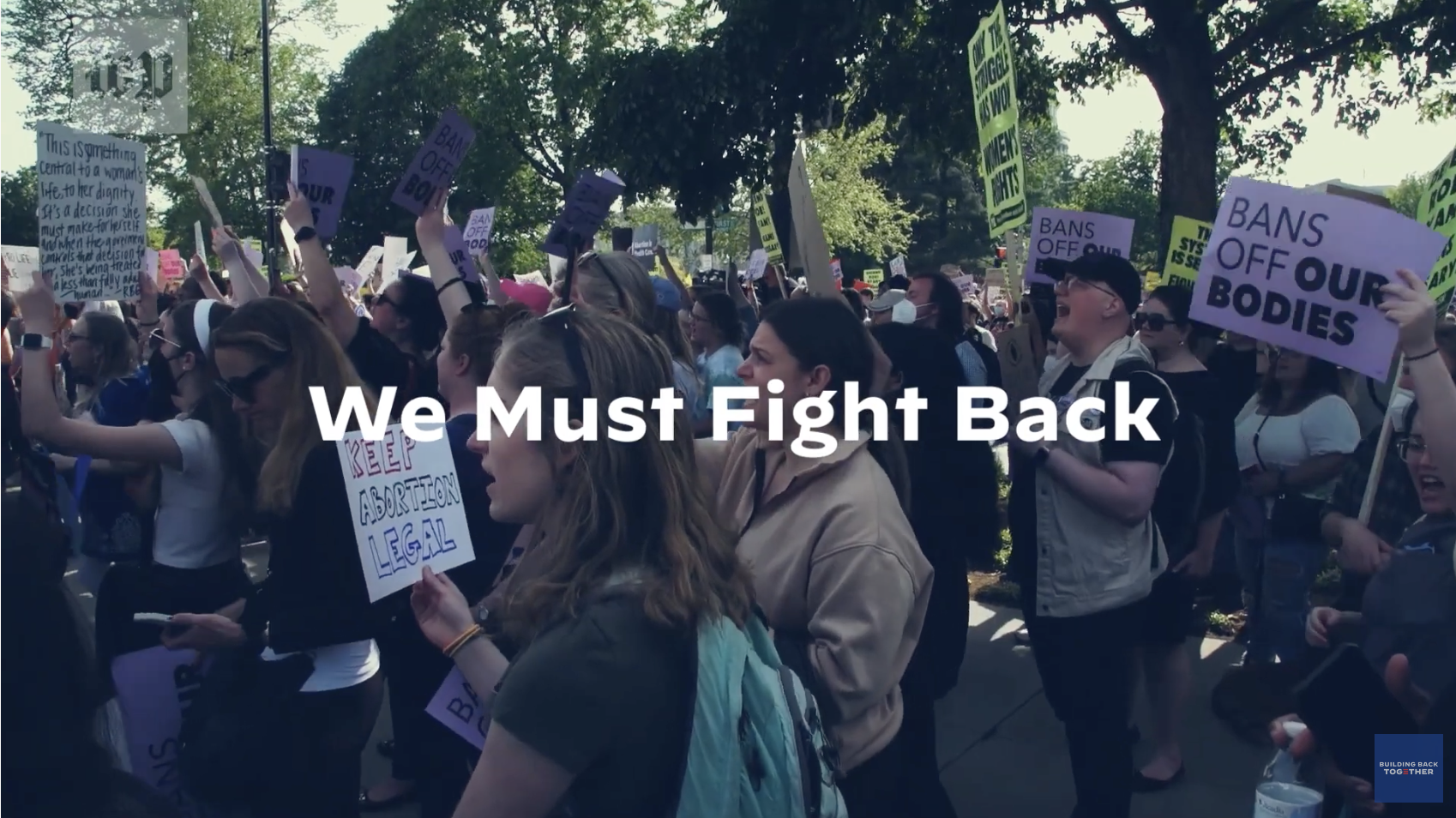 The ad campaign will target young women of color in Pennsylvania, Nevada, and Wisconsin.

“This ruling by the Supreme Court flies in the face of nearly half a century of established precedent, stripping millions of Americans of a fundamental right,” said Building Back Together Executive Director Danielle Melfi. “BBT stands in solidarity with all those whose health, safety, and rights are directly threatened by this dangerous decision, particularly low-income people and people of color, who we know will suffer the most as a result of the Court’s ruling. It is more clear than ever that this Court and the MAGA agenda represent an existential threat to our fundamental rights — not only the right to access abortion, but also, as Justice Clarence Thomas made clear in his concurrence, access to contraception, same sex marriage, and the right to privacy. This fight is far from over; Americans are prepared to stand together in defense of these rights and freedoms – and President Biden and Vice President Harris stand with us.”

Transcript of “An Assault on Freedom”:

And women in almost half the country will see their access to abortion eliminated.

It’s a radical ruling and we must fight back.

President Biden and Vice President Harris will defend that bedrock right – the freedom to make decisions about our bodies.

Every woman in this country must be free to access an abortion if they need one. We must stand together.